Me in my first ever cosplay as my favorite Iconic Enora, killing goblins* in the Pathfinder Society area at PAX East. 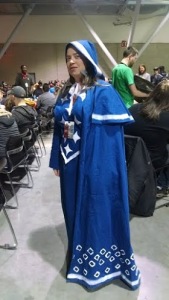 Thanks to Lucas Servideo, one of the PFS Boston Lodge’s awesome Venture-Lieutenants, for the picture.

* They were pretty unfashionable goblins, so I don’t feel too bad. 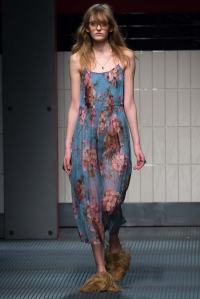 Hate the flowers and washed out blue.  Love the glasses, suitable for a researcher-daughter-of-two-researchers.

You may remember my theory that based on his Spring 2015 collection, the Hell’s Rebels AP was going to center around rescuing Gareth Pugh from the Chelaxians.

Well, he just released his Fall 2015 collection, and it looks like he’s still trapped in Cheliax, working for House Thrune. 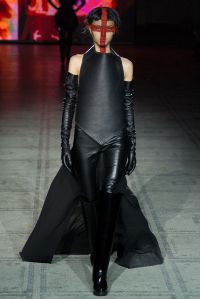 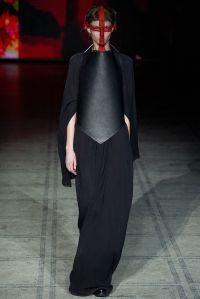 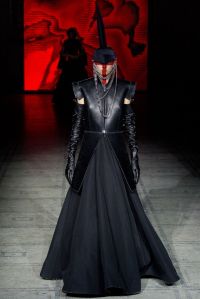 He has shown in the past that he can dress a wider variety of Golarian inhabitants.

He can dress the Kellid and The Technic League 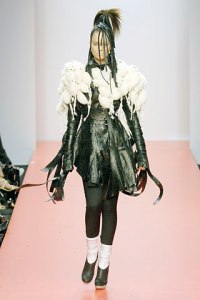 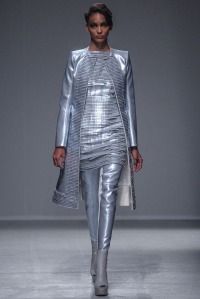 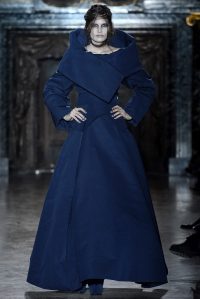 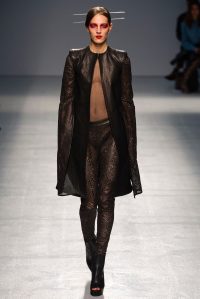 He must be returned to wider Golarion!

Does anyone still watch Project Runway? I still do.  It’s on episode 7, which means that almost everything that gets sent down the runway isn’t complete crap.  Mostly.  Better sites than this (TLo, for example) will break them down fashion wise.  I’m just going to assign them to an iconic. 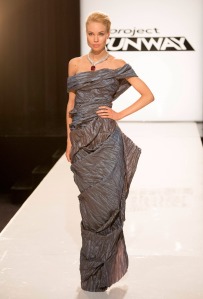 Shardra (When I see a rock dress, I think ‘Dwarf’.) 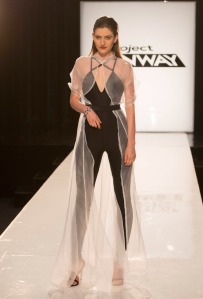 (I wish Pathfinder had a Time Thief iconic.  This is a replay of what Amanda did on episode 3.) 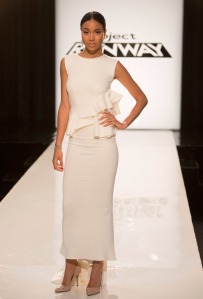 Seelah, I guess (All that white makes me think ‘Paladin’.  Hopefully she’s about to smite that peplum.  Yep, grasping at straws for this one) 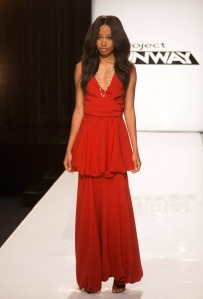 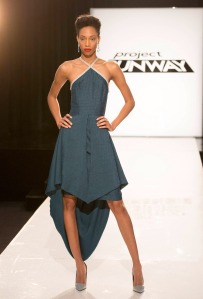 Sajan (It’s kind of inverted, but the grey and white with the crisscross over the chest remind me of his ‘shirt’) 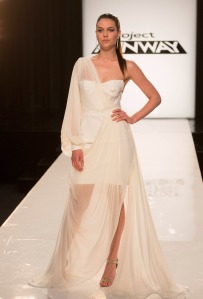 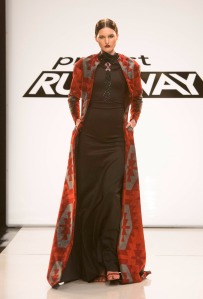 Imrijka (she has an awesome red coat and comes from Ustalav) 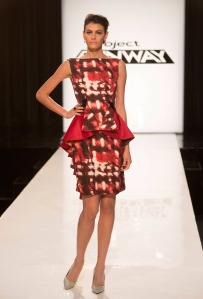 Damiel (That print looks like a well used alchemist smock) 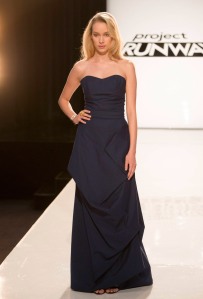 Ezren (It can case sleep twice a day at level 1.  It’s also kinda the same colour as his robes) 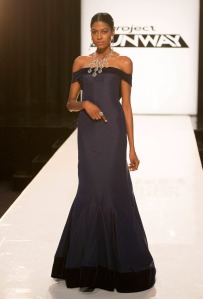 Enora (Not just ’cause I like her best.  The colour is right, and that band across the bust line dips down, like an hood, an anemic hood, but a hood)

Thank you Paizo! For lobbing a nice, slow pitch right over home plate.  The new iconic is a caster, wearing the classic hooded robe (so much easier to dress than those peskie heave armor wearers):  Enora, a Halfling Arcanist (Wizard/Sorcerer hybrid).  Because of this, you are forgiven for not announcing an ‘Evil Queens of Golarion’ paper doll book at the Paizocon Banquet last night.  *sigh* There’s always next year.

There is a real shortage of hooded capes on the runways, something that clearly needs to be rectified.  The few that existed were riffs on classic looks from Azzedine AlaÏa, so there’s no reason not to use one of his looks for Enora’s literal interpretation: 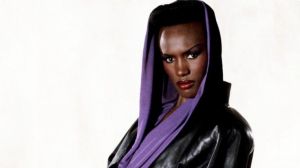 The hood is great, but the rest of the look doesn’t really scream “until recently, library-only based researcher”.  (It’s a black catsuit, for the curious). Also, Grace Jones would make a awesome “Evil Queen of Numeria”.  But I think I’ve already crowned about five.

Luckily for Enora, the absence of hoods is made up for with an abundance of capes.  She could rock any of these three dresses: 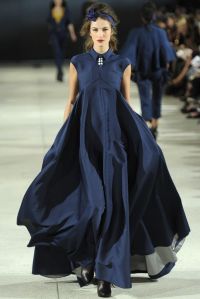 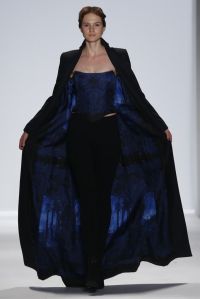 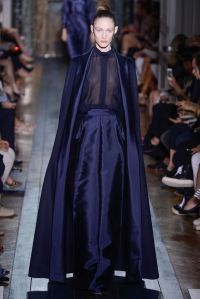 (Alexis Mabille, Ready to Wear, Spring 2014.  — Love the scarf in her hair, she looks like she just put it up with what ever was at hand, because it was distracting her from her books.

Zang Toi. Ready to Wear, Spring 2014. — Beautiful and dramatic, even if it skews a bit Ustalav.

Valentino, Fall 2012 Couture Collection — You can always count of Valentino for dramatic, elegant looks; and recently, often with capes) 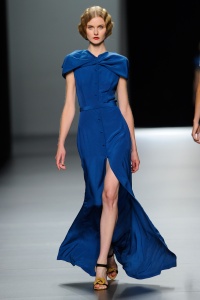 This captures Enora’s essence as a magical researcher. (Sadly, without a cape, which is the next best thing to a hood) The belt and covered buttons take it sort of Librarian, and the length and flowiness (yep. real word.) take it Magician.  Juanjo Oliva, Spring 2012. 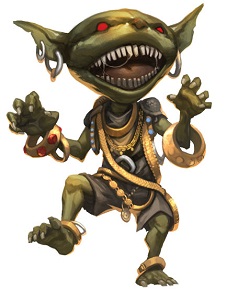 This website uses trademarks and/or copyrights owned by Paizo Inc., which are used under Paizo's Community Use Policy. We are expressly prohibited from charging you to use or access this content. This website is not published, endorsed, or specifically approved by Paizo Inc. For more information about Paizo's Community Use Policy, please visit paizo.com/communityuse. For more information about Paizo Inc. and Paizo products, please visit paizo.com
Loading Comments...